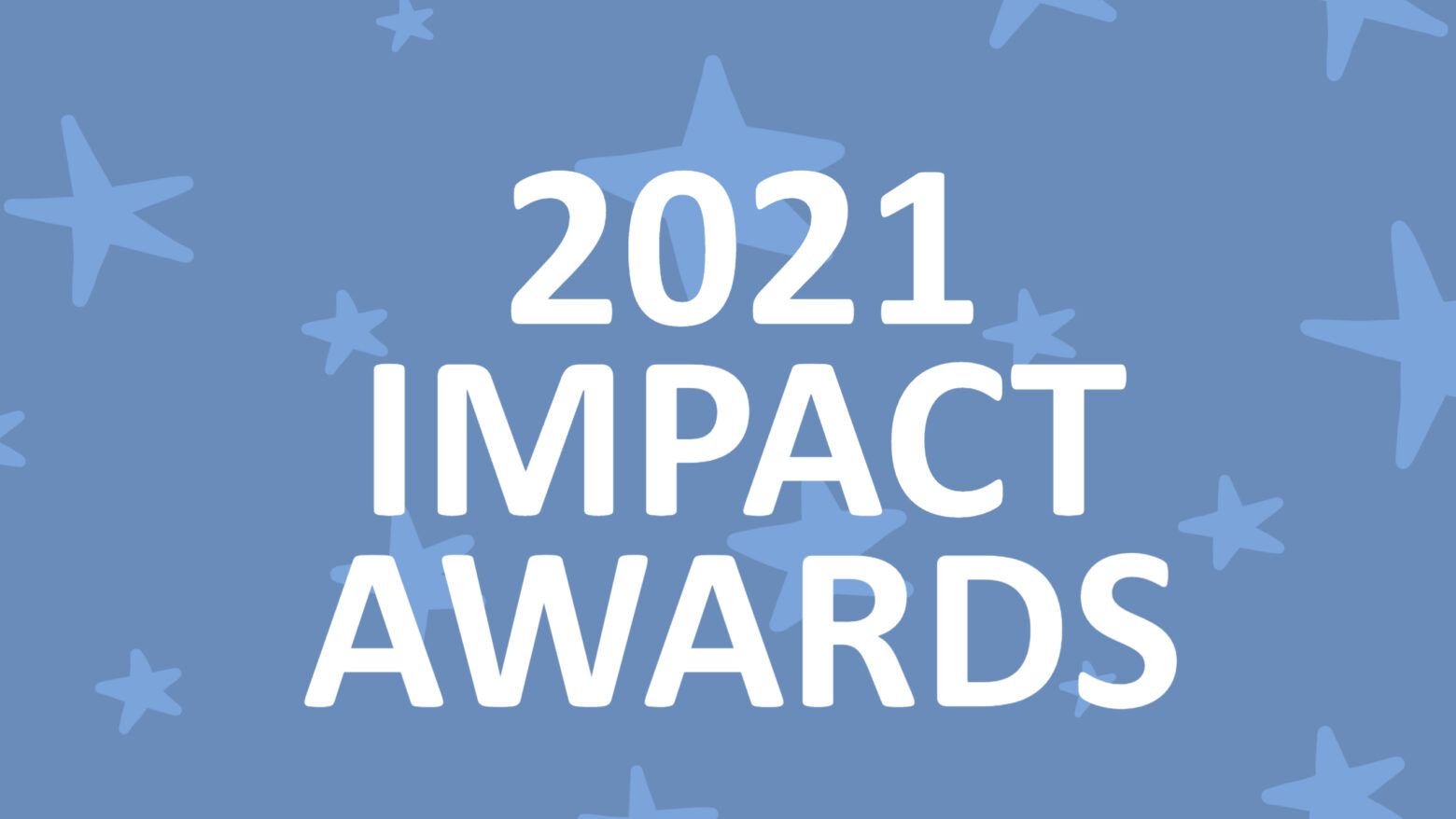 Since NWPP’s founding in 1969, volunteers, community partners, donors, funders and business partners have been critical to the success of this agency.  Our annual Impact Awards celebrate and show special gratitude to extraordinary people and groups whose contributions have been critical to the work of the agency for the past year.  NWPP is so fortunate to have a multitude of supporters without whom it would not be possible for us to fulfill our mission.  Thank you!  Meet this year’s honorees and let them inspire you!

May Cha is a Rent Assistance Specialist on Home Forward’s Short-Term Rent Assistance Team. She works collaboratively with NWPP to serve 40 low-income senior households enrolled in the Long-Term Rent Assistance Program (LRA). The LRA was initially an NWPP pilot project created to provide long-term rental subsidies for low-income households in Multnomah County. The NWPP Housing Team is honoring May Cha with the Program Impact Award because of her excellent communication skills, consistent responsiveness to our shared clients, and ongoing collaboration with NWPP to keep low-income seniors in safe and stable housing.

In response to being honored with the Program Impact Award, May Cha told us: “I enjoy working with the staff at NWPP to support the participants in the LRA (Program).  I believe it is a collaborative effort.  It takes everyone working together to provide the services and support to all the participants.  I am so grateful and honored to receive this award from NWPP.” 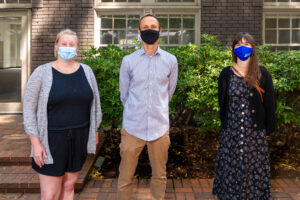 Multnomah County Adult Protective Services is a 46 member team that annually manages 2,500 to 3,000 investigations into the abuse of older persons (defined as aged 60 or above) or persons with a physical disability. As the COVID-19 pandemic continues, reports to APS are increasing and reaching the highest levels recorded pre-pandemic. The NWPP Housing Team is honoring the Multnomah County Adult Protective Services team with the Program Impact Award for their crucial services during the pandemic. Over the past year, NWPP witnessed APS Team Members demonstrate incredible tenacity, persistence, empathy, and follow-through in their work with very vulnerable seniors. Likewise, the APS team relies on NWPP as a resource and referral source for seniors that are in need of help accessing affordable housing.

In response to being honored with the Program Impact Award, APS management communicated: “It is an honor for Adult Protective Services to be recognized by Northwest Pilot Project with the Program Impact Award.  APS investigators have continuously made themselves available to see clients in person throughout COVID.  Their willingness to check on vulnerable people has been an important community response throughout the last year and a half.  The continued partnership between APS and Northwest Pilot Project will help address the critical health and safety needs of our shared clients as we work together to ensure stable housing and other vital supports are in place.” 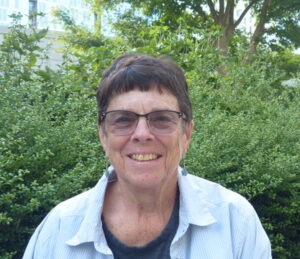 For the last 12 years, she has been organizing a holiday-in-kind drive with help from her dragon boat team, the Golden Dragons PDX. This year NWPP is honoring Bobbie Rodriguez with the Community Impact Award for her generous and steadfast support of NWPP’s client household needs, especially during COVID-19. Over the last year, as the pandemic restricted NWPP from easily accepting in-kind items, Bobbie worked with her network of dragon boat team members and her Portland condominium to facilitate three household items drives for NWPP’s clients. The items donated helped NWPP settle clients into their new homes during COVID-19.

In response to being honored with the Program Impact Award, Bobbie shared: “I credit my parents for their modeling and encouraging all of us in my family to become involved in the community, so I feel that volunteering with projects for NWPP is honoring my parents. In addition, all people, no matter what their age, deserve respect and acknowledgment for the experiences they have encountered during their life and I know that NWPP helps to give seniors both dignity and respect. I am happy to be a small part of an organization that acknowledges the importance that seniors deserve by giving them the help they need.” 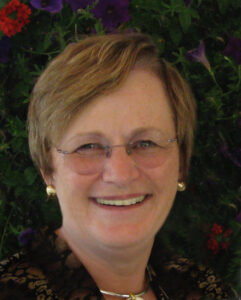 “WOW! What a surprise this is!!”  Humble as ever, that was Vicki’s response when we shared with her that she was selected for one of this year’s Community Impact Awards. But it was no surprise for us.  Vicki’s ongoing generosity, demonstrated throughout our community, is strong and steady, and as an educator in the field of gerontology, Vicki has a special passion for older adults.  For many years, Vicki and a small group of volunteers have provided gifts for the NWPP clients who attend the annual Client Holiday Lunch. From Christmas-themed gift stockings to gift bags, these small expressions of love have created many big smiles.

When NWPP couldn’t host the Client Holiday Lunch in person in December 2020 because of COVID-19, Vicki really went the extra mile for NWPP’s clients.  Thanks to her leadership, she and several volunteers to assembled gift bags that NWPP delivered to clients.  Vicki added a real personal touch to each bag.  In addition, she also supports NWPP by contributing much-needed bedding and kitchen kits throughout the year, encouraging her friends to join her in supporting the seniors served by NWPP, and even asking her dentist for donations of toothbrushes!

Vicky emphasized to us that “I would not have been able to do what I have done without the help and support of friends and my husband. I am so thankful for their support.”  Vicki continued “I am very touched and honored.  NWPP has a special place in my heart.” 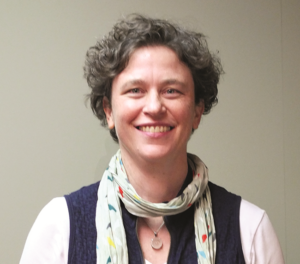 Prior to joining NWPP as a case manager A.C. Caldwell had spent a fulfilling year in the Jesuit Volunteer Corps working with people who lived in subsidized housing and on the margins. That experience helped her on her first day at NWPP. She needed to talk with a client whose conduct was putting them at risk of eviction and who wasn’t responsive to anyone else.  A.C. did a home visit, and with her gentle approach, tactfulness, and intuitive sense of how to help, she resolved the problem and prevented the client from being evicted. Her boss at the time, Bobby Weinstock, said:  “It was clear to me that the way AC carried out the assignment made it certain that she was destined to be NWPP board chair someday.”

After five years at NWPP, AC left to pursue a degree in theology, returned to Portland and joined Housecall Providers, a nonprofit providing in-home medical care and hospice services with a special focus on older adults, where she continues to work as a Chaplain. Recruited to the NWPP board in 2010, AC has served since then (with the requisite breaks), contributing the important perspective of a former employee to critical board conversations and decisions, and raising funds through the Walk-A-Thon. She was indeed elected to the role of board chair.  Under AC’s leadership the board managed the most significant thing a board can do: seamlessly oversee the major transition of NWPP’s long time Executive Director to new leadership.

“NWPP isn’t just a highly respected and influential community gem that does amazing work for the folks it serves, and that I’m proud to be associated with,” A.C. says. “It’s also been an experience of family for me, where I have met some of the most important people in my life, people I love and respect and admire. NWPP has helped make me who I am today, and I am so grateful I have had a chance to be part of the community there.”

Northwest Pilot Project is at the heart of Merrill’s and Pat’s relationship.  Why?  Because they met at NWPP!   In 1990, Pat joined NWPP for a one-year internship through the Holy Cross Associates program.  Merrill joined NWPP in early 1991 to fulfill a practicum for her master’s degree.  Pat was asked to show Merrill the housing in downtown Portland to get to know the area and to meet with clients.  The rest, as they say, is history!

Merrill was drawn to work with the disenfranchised and wanted to learn about the mental health of people who were homeless. “The plight of seniors with housing instability was less visible to me than the younger folks I tended to see on the streets,” Merrill said. “So I was curious about that and wanted to work in an organization that was small enough to have accountability and yet big enough to get the job done.”

Pat decided to spend a year doing social service work after graduating from college and loved the idea of working with seniors.  “I had the opportunity to work with some amazing clients,” Pat said. “One in particular was a blind woman who taught me how to can peaches and make zucchini relish.  She had so much dignity and class. Her generosity of spirit was inspiring.”

After starting a life together and beginning their respective careers, Merrill and Pat stayed connected with NWPP and the organization’s work. They raised their kids on the annual Walk-A-Thon event. Merrill served on the NWPP board, used NWPP to inform her dissertation, and they’ve provided meaningful, ongoing support that has enabled NWPP to help hundreds of seniors to live in safe and stable affordable housing.

Both Merrill and Pat hold NWPP in high esteem.  “NWPP continues to hold a special place in my heart,” Pat says.  “It’s where I met Merrill which was the ultimate gift.” For Merrill, it was the gift of “witnessing the pervasive belief that each human being has dignity.” Merrill continued: “everyone of NWPP’s clients was treated with respect and compassion. I am grateful to have experienced that deeply ethical stance in all employees —from the executive director to all the frontline workers—and volunteers, as well.”

Thank You all for inspiring us and supporting the work of NWPP! 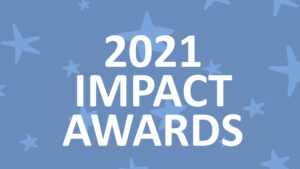