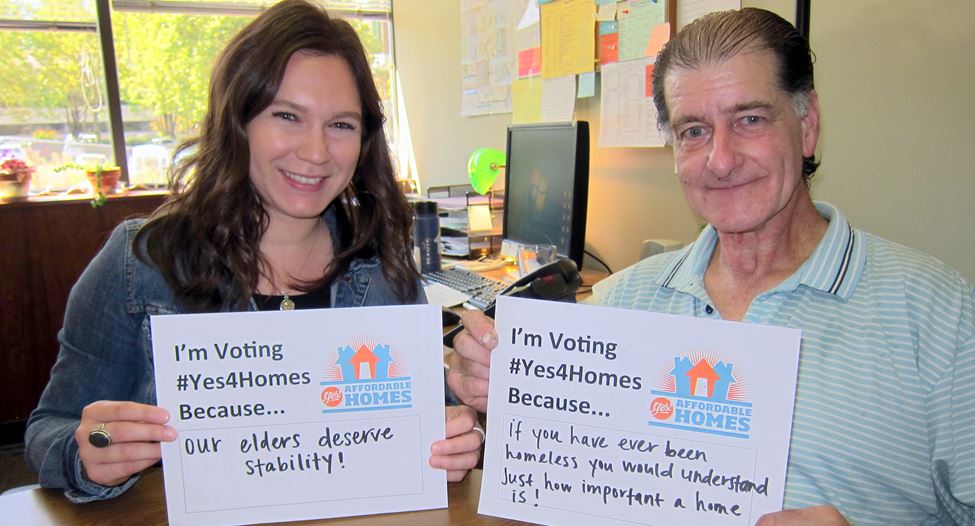 Since Northwest Pilot Project was founded almost 50 years ago, Portland and the surrounding area has grown and prospered.  Oregon is now one of the top five states for incoming residents.  There are at least 30 cranes dotting the skyline in Multnomah County. But that prosperity has created, ironically, a misfortune for the elderly poor, who have been squeezed out of their apartments as property values rise.  Displacement is especially difficult for older adults, and particularly for those with disabilities.

In Oregon, a minimum wage worker ($10.75/hr) has to work 65 hours each week just to afford a 1 bedroom apartment at the fair market rate (FMR).  That rate is now $904.00 per month.  The average NWPP client can afford, on average, to pay only $392.00 per month. According to The National Low Income Housing Coalition Out of Reach 2018 report Oregon ranks 17th on the list of most expensive states in which to rent an apartment.

What You Can Do To Help

Each of us can make a difference when we raise our voice. You can advocate for low-income seniors to have decent housing they can afford.

Learn about the current housing crisis by checking out the following resources: