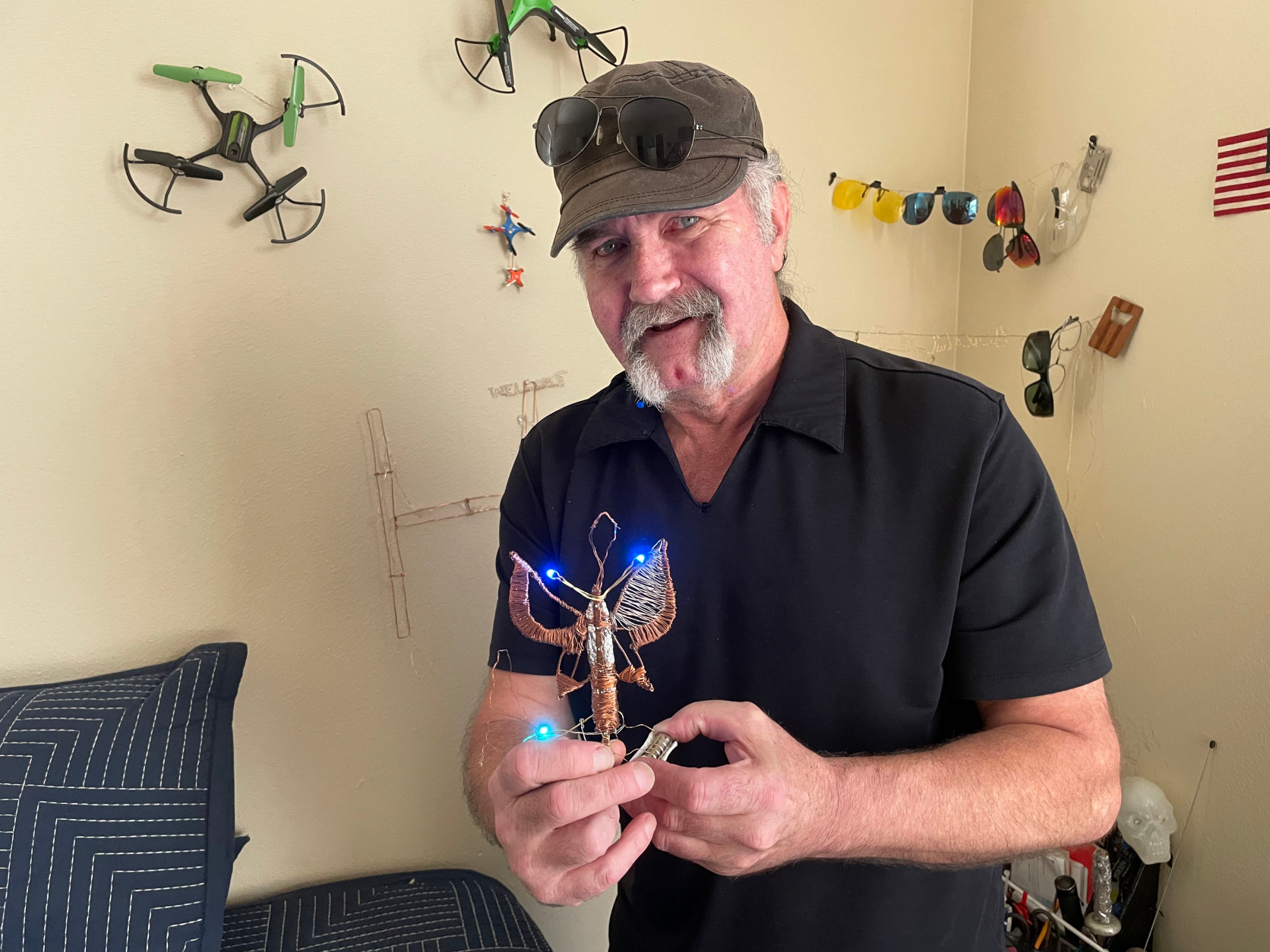 Del was born and raised in Southeast Portland’s South Tabor neighborhood. “Mount Tabor was my backyard,” says the 67-year-old. He bought his first house in the late 1970s, but lost it—along with his son and fiancé—in a fire the day before what was to be their wedding shower. “I’ve had a lot of losses,” Del says.

Eventually, Del found himself living on the streets of Portland. He stayed near Mount Tabor when he could. “That’s where I grew up, so I knew the area,” he says. Other times, he would sleep in Montavilla Park, in Sellwood, “or wherever I could walk or take the bus,” he says. Having learned to draft and work with wood from his father, Del worked in construction for more than 30 years, including when he was homeless. Most of his jobs were outside the city. He’d take three buses and a train to meet his most regular employer. “I’d leave at 6:30, get there by 9, he’d pick me up and we’d go to the job site,” he says.

One particularly memorable job was the renovation of a Victorian house in inner Southeast Portland. Del installed a convex wave design of differently colored cedar shakes in the house’s eighteen-foot-wide front gable. When finished, it seemed to move in the sunlight. “The owner started crying when she saw it,” Del remembers.

While Del spent his days building or renovating houses, he had no stable housing himself. After a day on the job, he would return to a Southeast Portland park, maybe shower at a local nonprofit, and get something to eat. Sometimes he could afford to get a motel for the weekend. “It’s difficult out there,” he says, “it really is. I’ve been shot at, chased, beat up.”

One day, a friend he knew from camping in Montavilla Park told him about Northwest Pilot Project. Del eventually connected with Christopher, a part of  NWPP’s Access Team. Together, they filled out some applications and got Del into a subsidized apartment in Northwest Portland. “Christopher, that’s my guy,” Del says. “He battled for me. Once I got in here, it was just a relief off my shoulders.”

Del doesn’t have to worry as much about his safety now that he has the keys to his own place, and can apply his artistic skills to drawing and creating wire sculptures of butterflies and other designs, many with colored lights as a finishing touch that brighten his and others’ lives.

You can support the work of helping Northwest Pilot Project clients like Del make the transition from homelessness to stable housing. Please give generously to help us continue our mission in 2023!