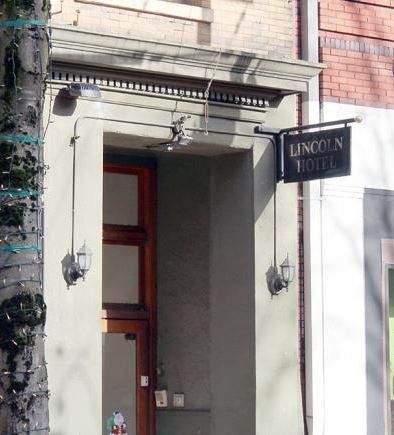 PORTLAND — Thanks to $100,000 in emergency funding from Multnomah County and CareOregon, Northwest Pilot Project will offer a year’s worth of rent assistance and case management to nearly two dozen tenants facing eviction from one of downtown’s last unsubsidized affordable buildings.

Northwest Pilot Project is already assessing residents at the Lincoln Hotel, a single-room-occupancy building at SW 10th Avenue and Morrison Street, and working on relocation plans. Residents learned just before Christmas that the building was being sold and that they’d need to find new homes by March 31, 2019. Rents at the Lincoln are low, just $440 to $550 a month. But because most tenants are seniors or have disabilities, they rely on fixed incomes to pay for their rooms and all of the rest of their expenses. That means, without help, many would struggle to keep up with higher rents somewhere else, or face homelessness.

Rent assistance, along with relocation payments provided under the City of Portland’s 2017 ordinance, will give Northwest Pilot Project a tool to keep residents stably housed in the short-term. The senior-focused nonprofit has also added a housing staff to focus on this relocation effort.  The temporary funding will give case managers precious time to help residents find affordable apartments and additional subsidies they can rely on for the long-term — the same kinds of services Northwest Pilot Project offers to hundreds of other clients over the course of a year.

“Northwest Pilot Project felt the responsibility to address the situation and to assist the residents of the Lincoln,” said Laura Golino de Lovato, the nonprofit’s executive director. “But we knew we couldn’t do it without support. We are so grateful to the County and CareOregon for their financial contributions.” Multnomah County — through Northwest Pilot Project’s contract with the Joint Office of Homeless Services — has contributed $80,000. CareOregon, a health plan that specializes in Medicaid and Medicare coverage, has given $20,000.

“Stable housing is critical to the whole person health that CareOregon works to provide to members of the Oregon Health Plan,” said Eric Hunter, CareOregon’s chief executive officer. “CareOregon is pleased to support community based organizations, such as Northwest Pilot Project, to address the individual needs that accompany a housing crisis like what we face here in Multnomah County.”

Clark Lough, a 64-year-old with health issues that limit him to disability income, moved to the Lincoln Hotel three years ago thanks to assistance from Northwest Pilot Project. He’d hoped to stay in his centrally located home for many more years, enjoying easy access to transit and medical care — and basics like the Central Library.  “I don’t think I’ll be able to walk to the Library any more,” Lough said.

Lough is working with Northwest Pilot Project again, as they interview him and his neighbors. He brought in copies of his disability paperwork and other documents. Northwest Pilot Project specialists are assessing who is most vulnerable, who has the most income potential, and who might have special needs, a disability, or veteran status — all factors that that may affect their housing search. Some residents have already visited potential new apartments or moved to new places.

“Nobody has to travel to meet with the case managers,” Lough said. “They’ve just been helpful in any number of ways.” That work is typical of the housing placement work done by Northwest Pilot Project and several other agencies funded through the Joint Office and Multnomah County. Overall, in the 2017-18 fiscal year, more than 6,300 people were able to stay in housing and avoid homelessness. An additional 5,900 people were helped out of homelessness and back into housing.

And yet there are still tens of thousands more people in the community who need that assistance. A report last year by ECONorthwest found 56,000 households in the region who face homelessness on any given day because they’re so burdened by housing costs. Lough said he’s hoping to stay in Southwest Portland while he waits for a long-term affordable apartment to open up.  “I’ve looked,” he said, “and what I’m finding is that all the waiting lists are years long. Two years long, three years long for some of the buildings downtown,” Lough says. “I don’t think anybody wants to move out, to be honest,” Lough continued. “Maybe unless you win the lottery. When you’re in a nice, comfortable place, it’s different. But you’ve got to be optimistic.”

Multnomah County has stepped up with rent assistance before to help vulnerable communities battered by Portland’s pricey housing market. In 2017, Chair Deborah Kafoury approved nearly $50,000 to help families at Northeast Portland’s Normandy Apartments endure a sudden rent increase that otherwise would have forced them from their homes during the school year. “Almost twenty years ago, my mother led the effort to preserve affordable housing just like the Lincoln Hotel in downtown Portland,” Chair Kafoury said. “Unfortunately, the housing market is too powerful. The next best thing we can do is to make sure we protect as many vulnerable tenants from homelessness as we can.”

“We can’t step in every time we learn about a building at risk. Without real resources from the federal government, we have to weigh each dollar carefully. And I’m grateful we can do it here for the Lincoln residents who are some of the most at-risk folks in our community,” she continued. “When you’re an older adult on a fixed income, the harsh truth is that your income is unlikely to increase. So I’m especially grateful to Northwest Pilot Project, who is always there to step in on behalf of older adults and people with disabilities when they need them.”